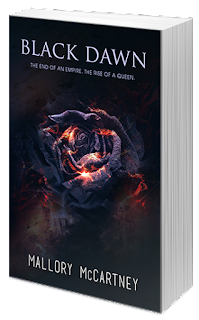 The end of an Empire, the rise of a Queen

Emory Fae enjoys leading a quiet, normal life. That is until two mysterious, and handsome soldiers show up at her apartment, and the life she knew is instantly whisked away. Memphis Carter and Brokk Foster come from the magical and war ridden world of Kiero, and upon Emory's arrival she will discover she is the long-lost heir to the Royal Line and is thrown into the Black Dawn Rebellion with a dynamic role to ignite the rebels and reclaim her throne.

With both men being darkly woven in her past Emory uncovers hidden secrets, a power held long dormant, and will soon realize there are worse things than supernatural humans, love, loss, betrayal, and a Mad King.

Some things are better left in the shadows

My Review.
When I first started reading I must admit I was a bit confused. It took me a while to figure out what was going on. You start the story at an odd place where you have to try to put together what is happening. Later on, though, I figured out enough where I knew what was going on.  The characters are interesting and  of course it's not a romance without a love triangle. The story is a unique fantasy. I do wish it was a longer novel. Overall Black Dawn is a well-written fantasy that I enjoyed. Three out of five stars. 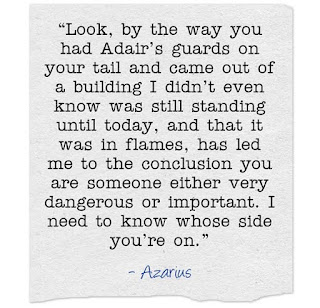 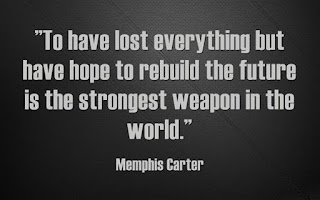 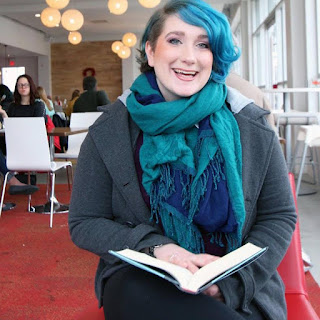 Mallory McCartney currently lives in London, Ontario with her husband and their two dachshunds Link and Lola. Black Dawn is her debut novel, the first in a series. When she isn’t working on her next novel or reading, she can be found dog grooming, book shopping and hiking. Other favorite pastimes involve reorganizing perpetually overflowing bookshelves and seeking out new coffee and dessert shops.

April 14, 2017
Dating the It Guy by Krysten Lindsay Hager Publication date: March 21st 2017 Genres: Contemporary, Romance,  Young Adult Synopsis: Emme is a sophomore in high school who starts dating, Brendon Agretti, the popular senior who happens to be a senator’s son and well-known for his good looks. Emme feels out of her comfort zone in Brendon’s world and it doesn’t help that his picture perfect ex, Lauren, seems determined to get back into his life, along with every other girl who wants to be the future Mrs. Agretti. Emme is already conflicted due to the fact her last boyfriend cheated on her and her whole world is off kilter with her family issues. Life suddenly seems easier keeping Brendon away and relying on her crystals and horoscopes to guide her. Emme soon starts to realize she needs to focus less on the stars and more on her senses. Can Emme get over her insecurities and make her relationship work? Life sure is complicated when you’re dating the it guy.
2 comments
Read more