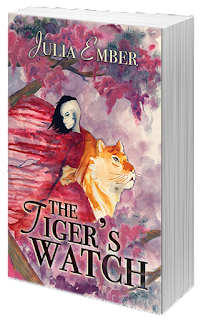 Sixteen-year-old Tashi has spent their life training as a inhabitor, a soldier who spies and kills using a bonded animal. When the capital falls after a brutal siege, Tashi flees to a remote monastery to hide. But the invading army turns the monastery into a hospital, and Tashi catches the eye of Xian, the regiment’s fearless young commander.

Tashi spies on Xian’s every move. In front of his men, Xian seems dangerous, even sadistic, but Tashi discovers a more vulnerable side of the enemy commander—a side that draws them to Xian.

When their spying unveils that everything they’ve been taught is a lie, Tashi faces an impossible choice: save their country or the boy they’re growing to love. Though Tashi grapples with their decision, their volatile bonded tiger doesn’t question her allegiances. Katala slaughters Xian’s soldiers, leading the enemy to hunt her. But an inhabitor’s bond to their animal is for life—if Katala dies, so will Tashi.

My Review
This was a very interesting and unique read. The writing in this book is beautiful and captures your attention from the start. I did not want to put this book down.   Also, I have to mention the cover. It's amazing! I loved the characters. Also, the main character is genderfluid.  Also, I thought the magic used in the books was so interesting and unique. Overall I really liked this book! You need to read this book! 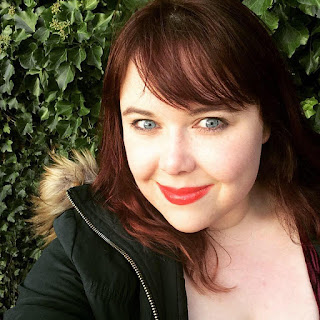 Originally from Chicago, Julia Ember now resides in Edinburgh, Scotland. She spends her days working in the book trade and her nights writing teen fantasy novels. Her hobbies include riding horses, starting far too many craft projects, PokemonGo and looking after her city-based menagerie of pets with names from Harry Potter. Luna Lovegood and Sirius Black the cats currently run her life.

Julia is a polyamorous, bisexual writer. She regularly takes part in events for queer teens, including those organised by the Scottish Booktrust and LGBT Youth Scotland. A world traveler since childhood, she has now visited more than sixty countries. Her travels inspire the fantasy worlds she creates, though she populates them with magic and monsters.

Julia began her writing career at the age of nine, when her short story about two princesses and their horses won a contest in Touch magazine. In 2016, she published her first novel, Unicorn Tracks, which also focused on two girls and their equines, albeit those with horns. Her second novel, The Seafarer’s Kiss will be released by Interlude Press in May 2017. The book was heavily influenced by Julia’s postgraduate work in Medieval Literature at The University of St. Andrews. It is now responsible for her total obsession with beluga whales.

In August 2017, her third novel and the start of her first series, Tiger's Watch, will come out with Harmony Ink Press. In writing Tiger's Watch, Julia has taken her love of cats to a new level.

September 12, 2017
The Smallest Thing Lisa Manterfield Publication date: July 18th 2017 Genres: Contemporary, Young Adult The very last thing 17-year-old Emmott Syddall wants is to turn out like her dad. She’s descended from ten generations who never left their dull English village, and there’s no way she’s going to waste a perfectly good life that way. She’s moving to London and she swears she is never coming back. But when the unexplained deaths of her neighbors force the government to quarantine the village, Em learns what it truly means to be trapped. Now, she must choose. Will she pursue her desire for freedom, at all costs, or do what’s best for the people she loves: her dad, her best friend Deb, and, to her surprise, the mysterious man in the HAZMAT suit? Inspired by the historical story of the plague village of Eyam, this contemporary tale of friendship, community, and impossible love weaves the horrors of recent news headlines with the intimate details of how it feels to become an adu
4 comments
Read more